Richard is a partner and art director at HILMY, a branding and strategy firm specializing in designing strategic identity systems. His creative efforts have impacted some of San Antonio’s most influential hot spots, businesses, and developments. Some examples of his work includes Battalion, the Frost Tower, Jazz, TX, San Antonio River Foundation, the Burns Building, and the new Oxbow building on Broadway. 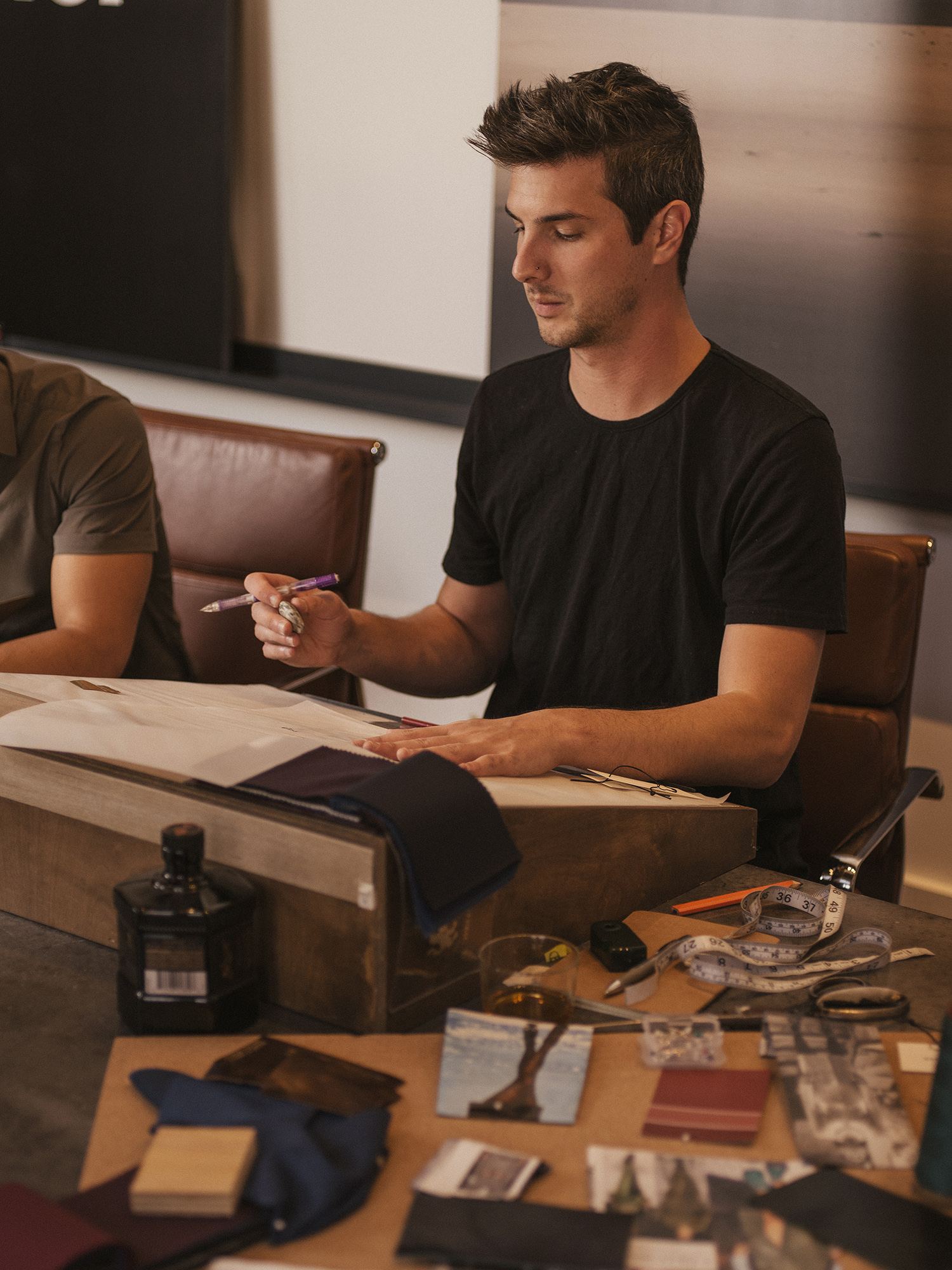 What was your creative process when designing the campaign identity you created for Limatus Bespoke x HILMY?

We knew that the campaign needed a strong monogram. Any iconic fashion effort throughout time has had some sort of strong emblem that could live outside of the product itself while still maintaining the essence of the line, so that was our goal when I began sketching. Limatus Bespoke is all about the details and the in-depth design experience, so I also knew I wanted something that had some finer detail. I tend to stray away from anything that isn’t stark and bold, but this project called for some intricate line work and flourishes.

I wanted it to feel like a hand drafted mark and I think it definitely has that essence. Balance was the last point of emphasis, as the whole campaign was literally centered around Makers AND Creators. Once the rough letterforms were hashed out quickly to ensure the concept was possible, I went to the light table and just had fun tightening up lines and details with a ruler and a mechanical pencil. I usually work the opposite way, where the sketch is very rough and the fine tuning happens on the computer, but this one translated almost directly from the sketch to the screen. It really was a fun and challenging exercise to mimic the process of building something with your hands and simple tools.

What is your favorite aspect of your suit and how does that reflect your personality?

My favorite part of the suit is its simplicity. It feels so timeless but speaks to my idea of ‘Art Director’ in subtle areas like the monochromatic gradient button holes on the jacket. I can’t deny how much I absolutely love the super bright blue floral liner either. Lastly, there’s nothing like a completely custom tailored suit, so the fit is up there in terms of its appeal. It’s truly an experience to wear it.