With Rachel Zoe, whose on camera interview in 2017 inspired Eleanora LIVE

With David Yurman, whose interview on creativity in 2017 inspired the Oh, Eleanora chapter

Carol Burnett, whose memoir and interview inspired the entire ELEANORA platform as its own "show" and stage

Melissa Delgadillo and Eleanora Morrison, the duo behind the ELEANORA Magazine chapter

At 4:55 this morning, I shot out of bed with a sense of conviction I haven’t felt since before the pandemic. There is new momentum with life and work in general that has me excited, but it also hit me that today marks four years since Coming out Eleanora.

Creating this platform and nurturing it over the years has brought me an immense sense of purpose during an uncertain time in my career when I was aching to find myself as an artist, and as a woman. 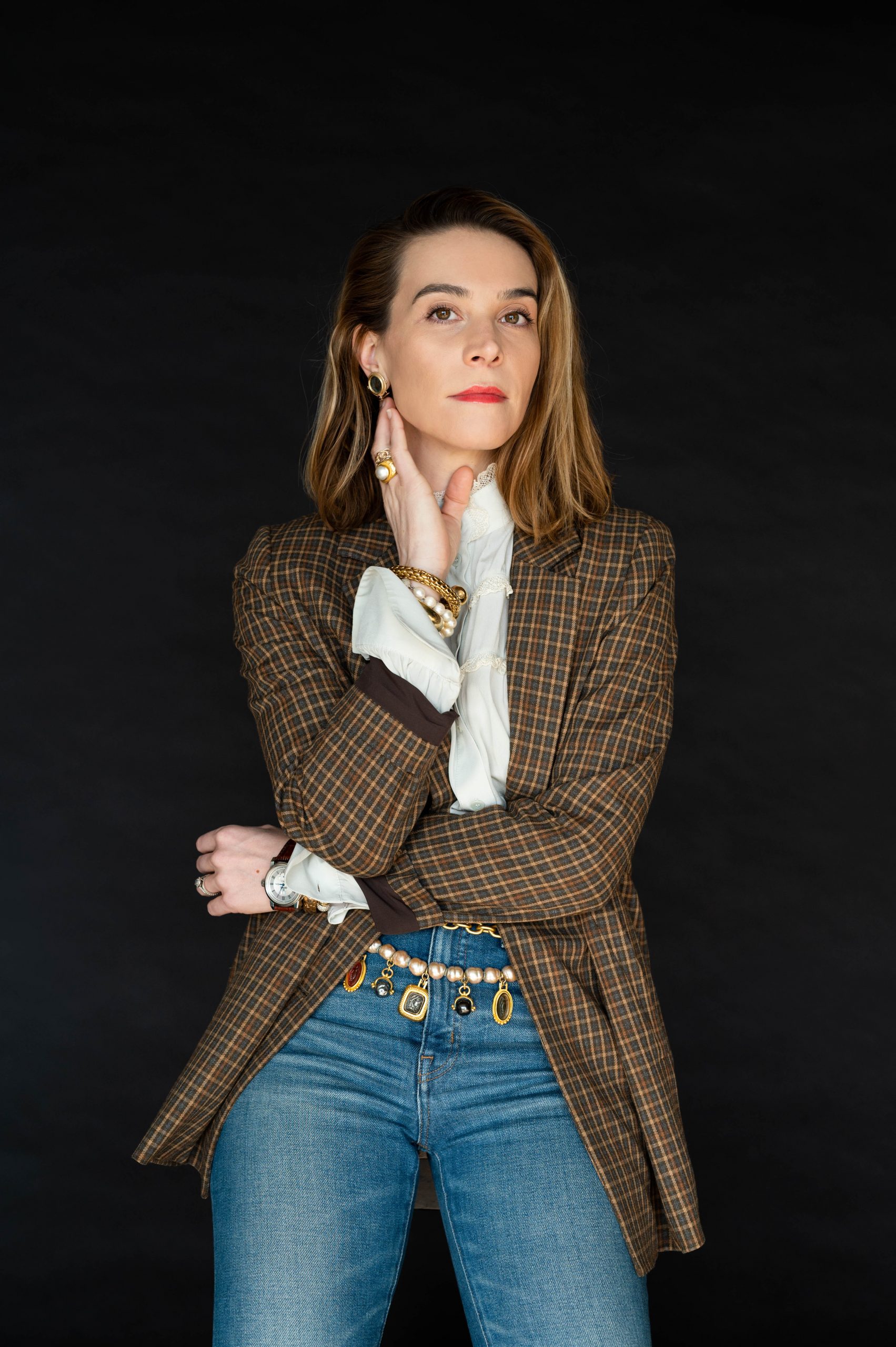 At various points over the past four years, I have called this digital destination everything from a blog to an editorial site; a digital magazine to a multimedia platform; then a media company and who knows what more. Despite whatever I was calling it during its various stages of development and who my partners were or weren’t, ELEANORA’s soul and creative mission has been the same since it first started.

Reflecting now, I realize that I used to get too caught up in that minutia. I think it made me feel professionally validated during a time when I was working through insecurities about navigating a newly creative career that was very much off the beaten path from where I began my journey. I feel more confident with each passing year, and now with a decade of total experience under my belt, I look forward to what might lie ahead.

What 2020 taught me is that a lot of things I thought mattered actually don’t. I took a hiatus from publishing for a few months and used that introspective time to pause, mentally detox and shed…the labels, thoughts and emotions that no longer served me as a creator, because they had me in a daze of dizziness and confusion questioning what I was even saying on this platform anymore.

I realized during this time that, whatever this thing is I do and make, I just don’t feel pressure to define it anymore. It’s part media production, part performing arts and any other opportunities life throws at me in between to explore creating. I was in my kitchen a few weeks ago making a winter stew, and the metaphor hit me. ELEANORA is a crock pot of ingredients (content) that, when baked together, is a wonderfully joyous reminder of the relationships, projects, stories and ideas that have comprised the past four years of immense growth (a delicious stew). It’s just that my new description doesn’t have a category label I can officially assign to my Instagram account showing the world who and what I am, and what I make. This is the identity crisis that would keep me up at night…utterly ridiculous when admitted out loud, I know. Needless to say, I’m at peace with the in-between now.

When I ruminate over the many twists, turns and tornadoes I’ve encountered throughout the years, the community of creative expression showcased within these pages is what I consider to be the accomplishment I am most proud of. Through its several evolutions and editorial experiments, ELEANORA has been both a safe space and a spotlight simultaneously…not just for me, but for the 100+ women whose stories and work have been shared here. And those relationships have extended beyond the digital space, which is very special.

From personal blog to Magazine of the Year to creative consulting company and whatever additional odd jobs or passion projects might come next…as I find myself standing on the precipice of another transitionary chapter in my life and career, I can’t help but to smile today with gratitude. I honor the many moments of risk, grit, curiosity, courage and passion that have led to this point, and I relish in the memories of the camaraderie and companionship that gave this platform a collective voice and a vivacious personality.

To everyone who has been a part of this endeavor in any way over the past several years, cheers and thank you. May this only be the beginning of many more adventures.

Put On Your Own Show