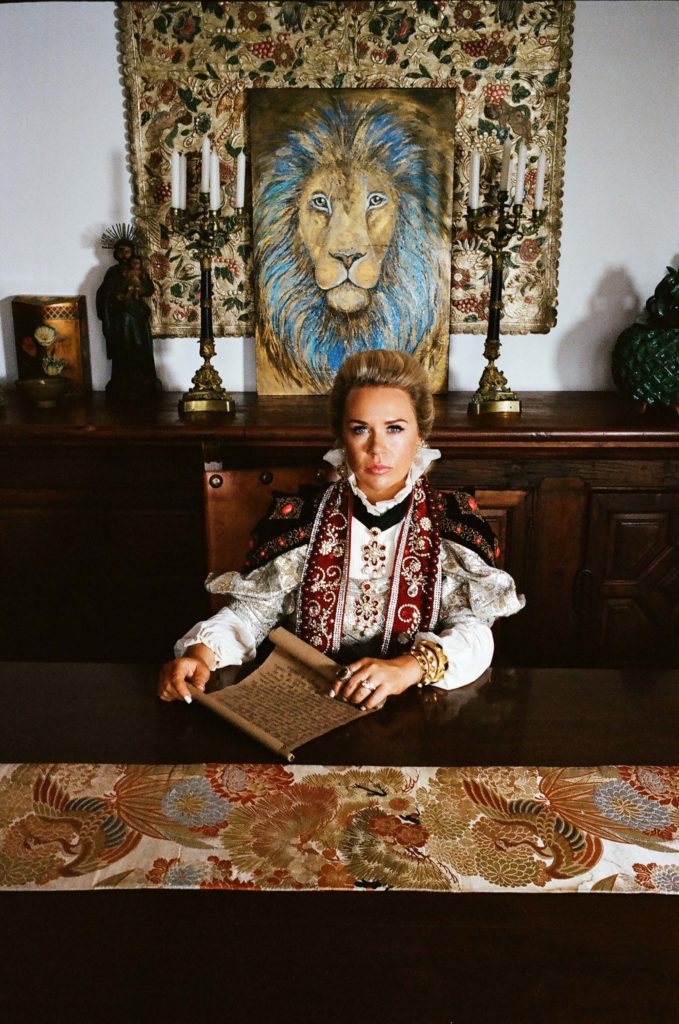 Gloria Steves Dilley, native San Antonian known and loved affectionately for her Texas-sized heart, her vivacious personality and her wild imagination, told me that she takes pride in the many nicknames her friends, family and social acquaintances call her. Of them all, my favorite (and the way I warmly choose to address her) is ‘Queen Gloria.’

Near the end of the summer, I called Gloria with a problem that I knew only she could solve: we were putting the pieces together for our highly stylized Juana Inés de la Cruz production, but I was out of ideas and options for shooting locations in San Antonio. In her quintessentially Gloria way, she waved her wand and made all of our dreams come true when she offered to host us for the day in her late grandmother Patsy Steves’s historic estate that would serve as the idyllic set for our Juana Inés production. 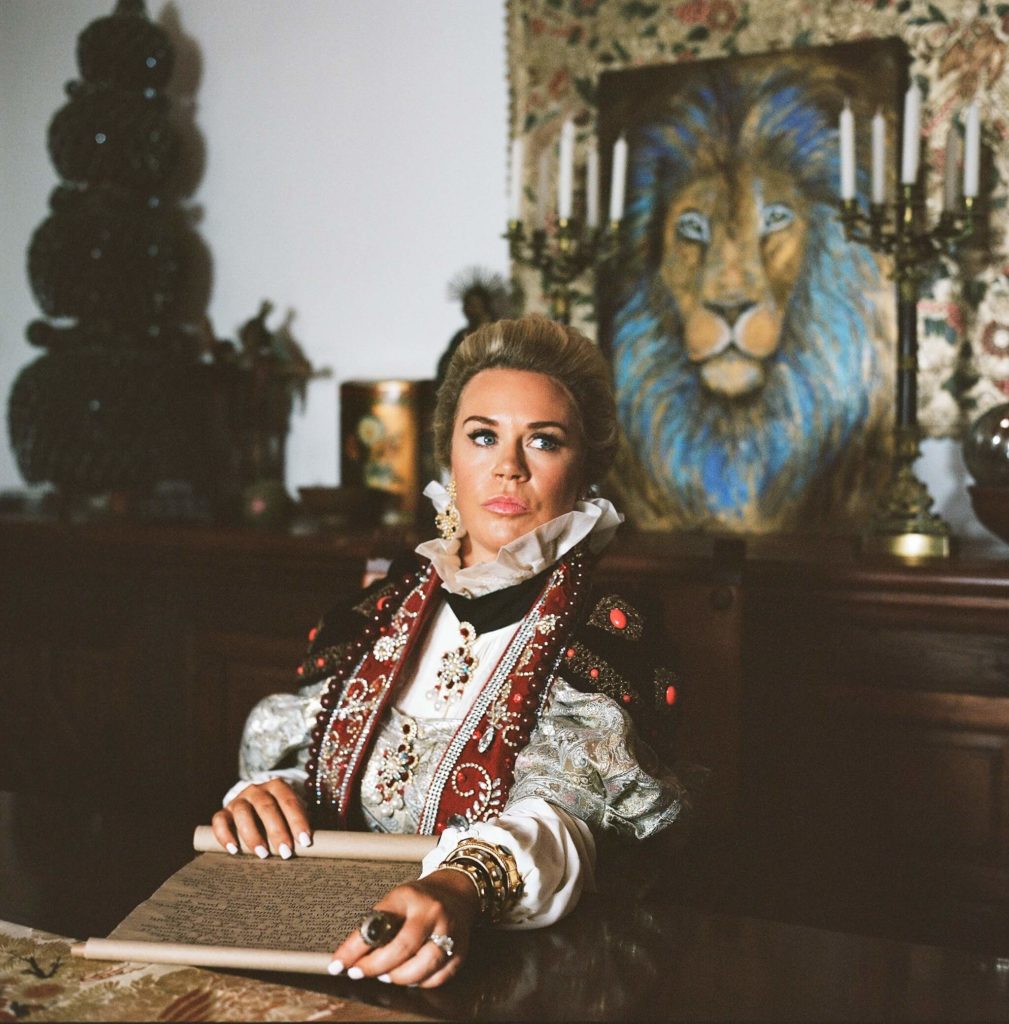 With notoriously over-the-top fabulous style and a propensity for theme dressing, I knew I wanted Gloria to be photographed as a part of our story. She was a gracious team player and jumped into action when I asked if she would portray a Queen-like character who empowered Juana Inés, loosely based off of research that was historically semi-accurate. Gloria rose to the occasion and reigned Queen of our production, and her larger-than-life presence brought an added bubbly magic to an already pinch us production day.

What has always drawn me to Gloria is her authenticity. She is bold, she is brave, and she is unapologetically herself — no matter the situation or occasion. Whether in her office helping to manage her now sixth-generation family business, or navigating what many would consider to be high-pressure social settings, she laughs through each day with ease, and makes everyone around her feel included, welcome, and like a member of the family. 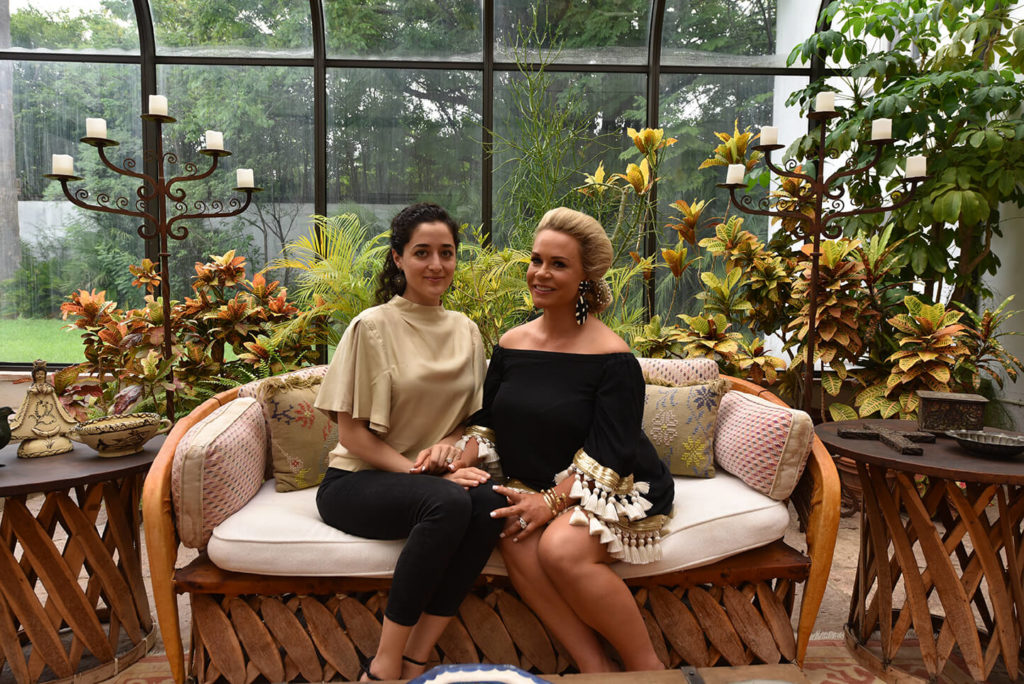 The woman she credits with teaching her these values is her grandmother, whose maternal roots and relationships have lasted for generations. Federica Padilla Sada (a close friend of Gloria’s) stopped by on production day to cheer her on, and they told me the touching story of their grandparents meeting through business in Mexico, and how these legacies of friendship have brought the two of them together in San Antonio decades later. Recounting their family histories on the very couch their grandparents once sat, forming a bond that has lasted beyond business and between borders, it was clear why Gloria insisted on inviting us into her sanctuary that day, and why she chooses to empower others, champion causes and foster community…it’s simply what her beloved grandmother would expect her to do. 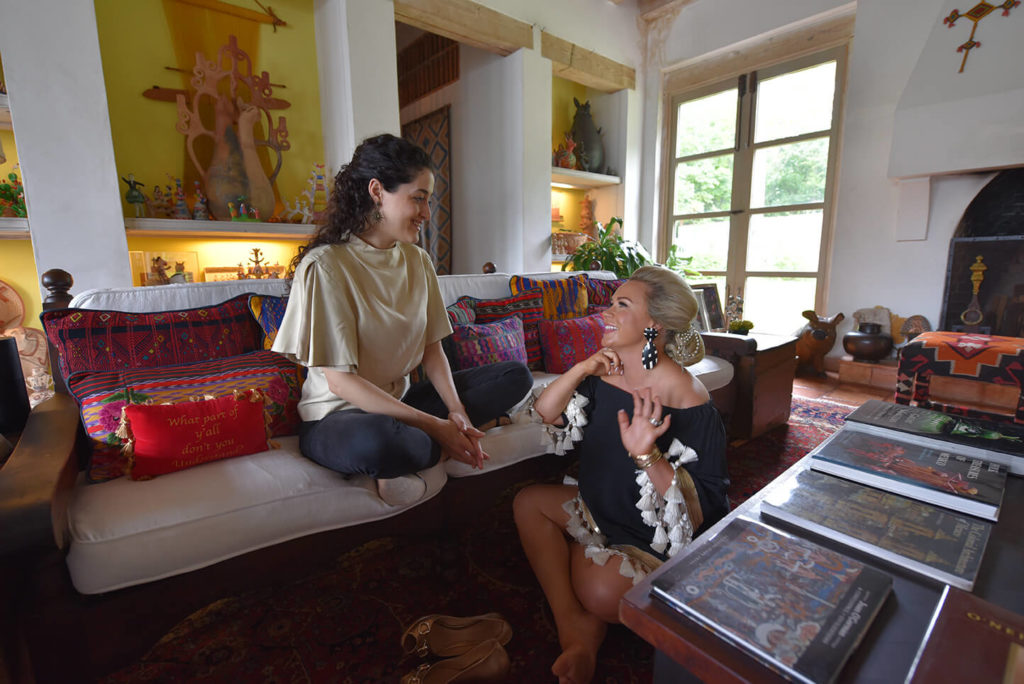 Connect with Gloria Steves Dilley at StevesDoors.com, on LinkedIn, and on Instagram at @globug209.