May, 2019: the month and year I have been anticipating as if it was some sort of moment of reckoning. This is the month and the year when I turn 30. Thirty years old. The phrase just keeps repeating in my head over and over again…each time the chant is different in intonation and its meaning intensifies like a battle cry. For the first time in my life, I feel fully awake. I almost feel reborn.

I was warned about this milestone from many people–it’s the age where you look into the mirror and your reflection says back, “who are YOU?” It feels as though I have reached that archetypal moment in a narrative in which the protagonist stares into the face of something they have to conquer to make it to their happy ending. Knowing that the road to freedom and a joyous ever-after won’t be easy, aware of the perils and the consequences they might face–they risk everything and run toward their destiny anyway with impassioned conviction, and if they are lucky, become the hero(ine) of their own story.

Just like that hero(ine), it’s now time for me to run toward my fate. Adulthood is real now. Career is real now. Marriage (for me) is real now. Womanhood and the power that comes with harnessing it is real now. I have always taken these life pillars seriously, but there is something about entering this new decade that feels as fortified as concrete. The foundation is set, it’s time to grow, and destiny is already unfolding. I can feel everything around me shifting as I respond to the inner whispers, “honor who you are and work toward who you are becoming” with every ounce of integrity that I have.

By thirty, it seems we have lived enough to be weathered in a way that makes us more grounded and genuine, but not yet eroded enough that we have lost sight of our grandest dreams entirely (at least I feel that way). If anyone has ambitions for a life beyond the status quo, the bubble of naiveté has been burst by now: a Fairy Godmother with a magic wand does not flick a wrist and Bippity Boppity Boo you into the person you want to be. It’s discipline, grit, discomfort, tenacity and bravery in the face of fear that turns a dream into reality. 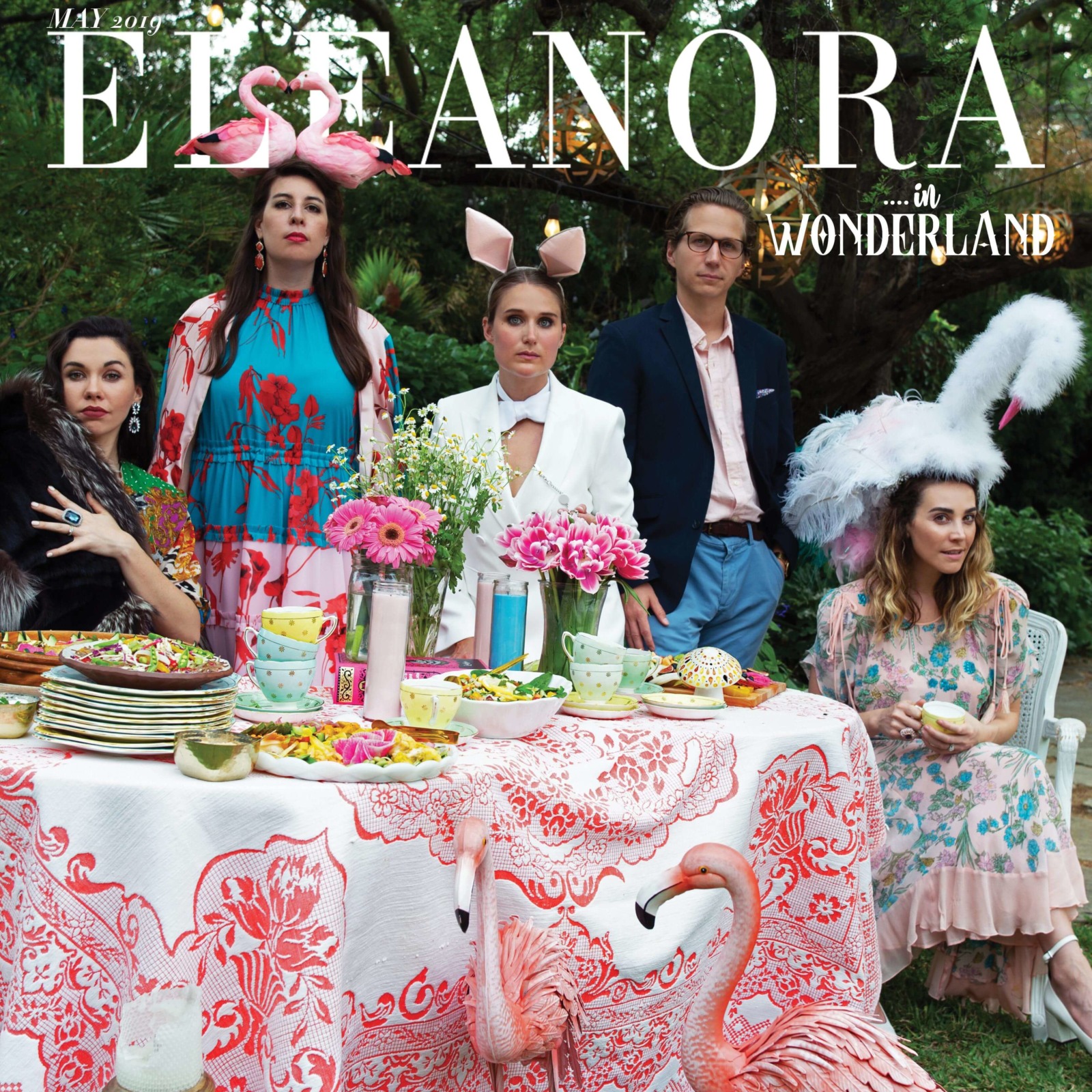 This month I was inspired by childlike sense of wonder. That curiouser and curiouser! innocent imagination that we have to fight to protect as we grow older. In my case, my life and career really do depend on it. But so many of ours do whether we realize it or not. In honor of growing wiser, but choosing to never allow our spirits to forget their inner children, two (late) May babies–the Geminis who conceptualize and run this platform every day–couldn’t think of a better way to celebrate our birthdays than with an issue in Wonderland: including some of our favorite people and many of our favorite things in the most whimsical place within walking distance of where we live, with a creative cast of characters who willingly dive down the rabbit hole with us and encourage anything and everything we dream of. 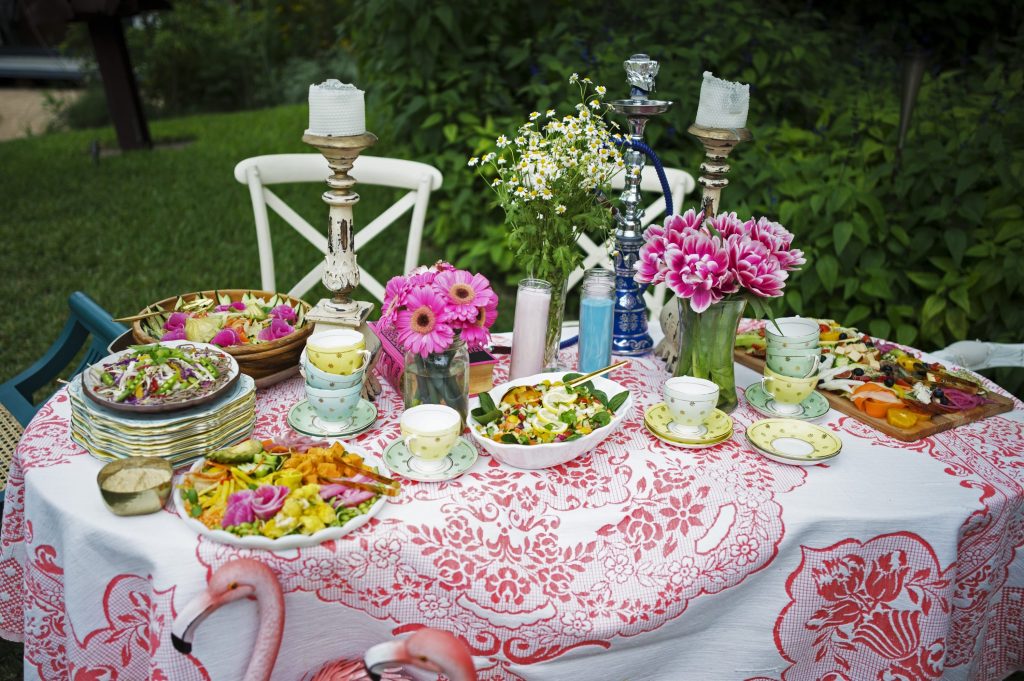 Food provided by The Good Kind

Alice in Wonderland holds a special place in my memory and in my heart. The stories we are told when we are young have such a deep impression on us. Stepping into this new season of life, I find myself holding onto the nostalgia of those years and the vividness of those memories moreso now than ever–because, for better or for worse (but almost always for the better), they are a part of how I see the world as an adult: a bit topsy turvy, always with a touch of whimsy and an optimistic point of view. It is my birthday wish for everyone to feel the strength and the courage to face their past, to own their present, and to step with conviction into their future with authenticity and eccentricity–no matter how frightening it might feel to stand solo in a flock. 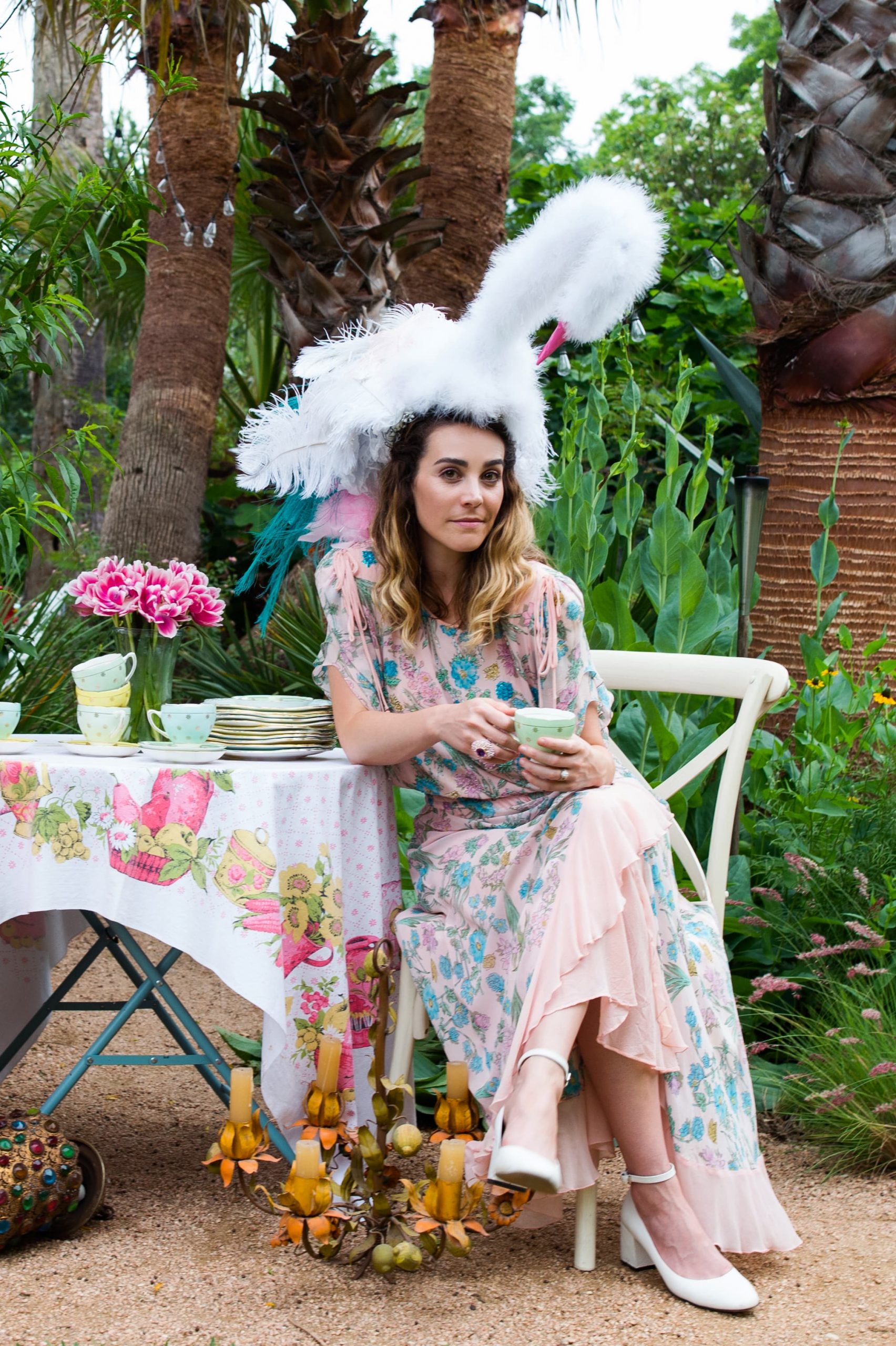 Have I gone mad?
I’m afraid so, but let me tell you something…the best people usually are.

Wishing all of you a very merry unbirthday,

Put On Your Own Show